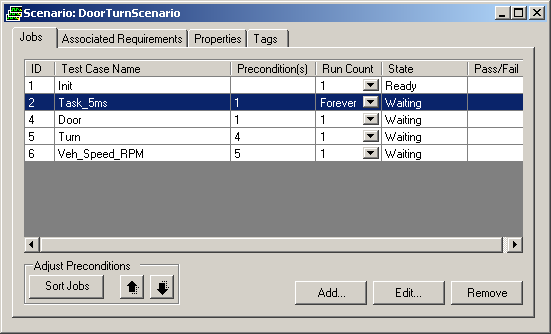 In MxSuite, a "Scenario" is an ordered group of TestCases that are related to each other. How they are grouped is a choice made by the users of the tool. For example, a Scenario could consist of:

•Any grouping of TestCases that has some kind of meaning to the user, such as, feature testing, component testing, and safety testing.

Consider the example below:

This defines the more complex behavior of how the alarm sounds, if the security system is armed and the hood is opened.  A Scenario is just a way to define a sequence of TestCases to create a more complex test.

The MxSuite provides two ways to define Scenarios: Predefined and Reactive. It is possible to mix reactive and nonreactive TestCases in the same Scenario.