When comparing an actual image signal to the expected (specified) result, it may be difficult to tell where any differences occur. This is especially true if the differences are subtle, for example, when working with gray-scale images. You can use the Show Differences feature of the Transition List to graphically display these differences.

Consider the following example using the Turn Door Sample project. At the 2.0 second transition, we've altered the Specified Transition List for the LCD Bitmap Buffer signal to specify a series of dots above the text. The dots (but not the numeric values) are visible in the figure below. The test case fails because these specified dots are not in the Actual transition. 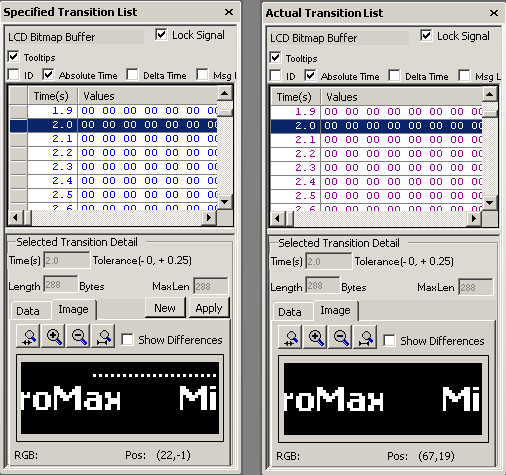 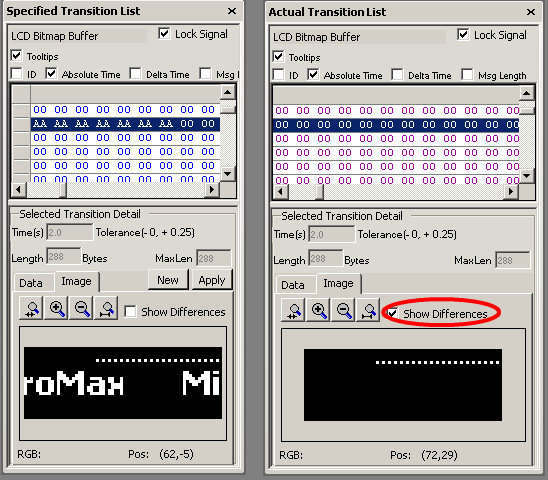 For each pixel, if the signals are the same, the displayed pixel is black. The pixel displays white if signals differ. You can scroll through the transition list to find the differing values numerically.

You can also use the Show Differences feature to find the time when images match. In the example below, at 2.3 seconds the images differ. This is clear because there are many white pixels displayed when Show Differences is checked. 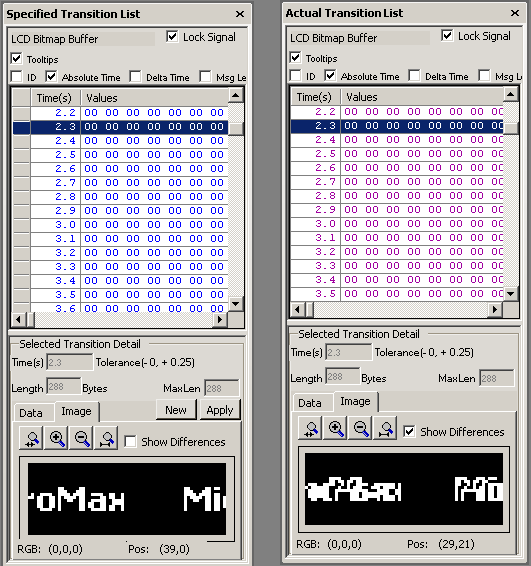 Click on the transition, and use the up and down arrow keys to move through the Actual Transition List. In this example, the image at 2.1 seconds matches the specified image at 2.3 seconds. You can see this clearly because the Show Differences display is completely black. 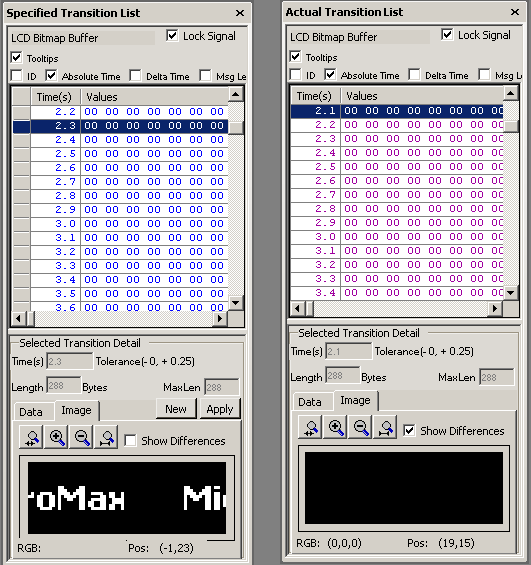 Note: Image transitions can use a large amount of memory. To reduce memory usage, see Using an External Data Source.