The Decimate filter reduces the number of transitions on a signal resulting in a smoother signal and less memory usage. The filter is used for continuous signals only.

Use the Properties box to specify the following properties:

The larger the tolerances, the more points are eliminated. 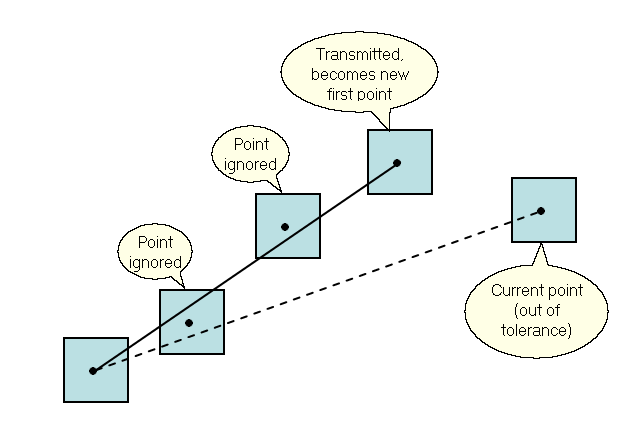 When another transition is received, the process continues with the new first point. The second and third points shown above are eliminated.