The LIN Cache Transform stores the value of the last message of each message ID (in other words, the current data for each message type). This data is updated by a LIN Transmit Driver or client Transforms (such as an MxVMC). If an LDF and schedule table are specified in its properties, the LIN Cache transmits the messages according to the schedule table.

FramesIn: Messages received on this port are cached.

FramesOut: This port transmits LIN messages from the cache.

Cache Id: Provide an id for the cache. If there is more than one LIN Cache, each one must have a unique id. 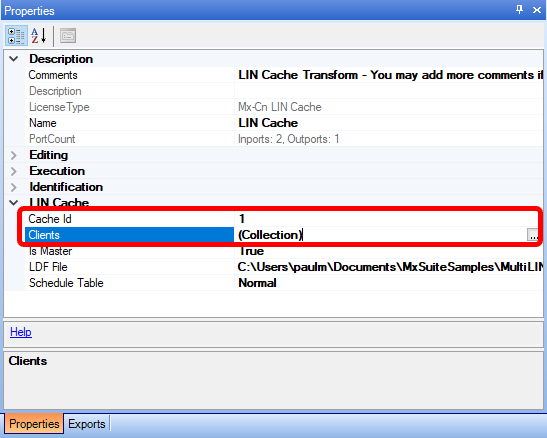 Clients: Use this dialog to select the client Transforms that can update the LIN cache directly. The client VMC updates data in the cache, but does not send messages itself. For an example of this configuration, see the Multi LIN Cache sample project. 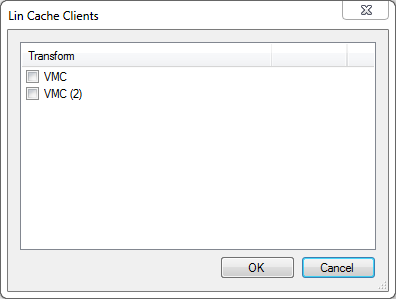 All MxVMC Transforms are available to be selected as a client, however the user must put C++ code in the VMC to access the cache. For sample code, see the Multi LIN Cache sample project.

Is Master: Set this property to True to enable the Transform to transmit messages as a master node. The LDF and Schedule Table properties and the Enabled port must also be configured.

LDF File: Select the LDF for the LIN bus associated with the cache.

Working with a LIN Bus